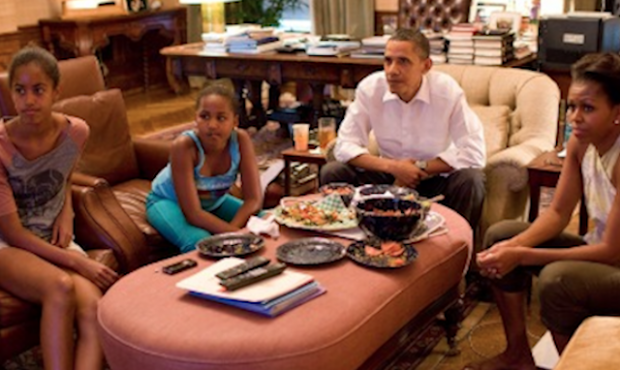 Preparing snacks and drinks before getting comfortable on the sofa, the Obama family settled in to listen to the best bits of the day’s Trump wiretaps on Tuesday, a nightly family tradition since the start of last year’s election campaign.

Michelle Obama said it was a simple way for the family to come together, unwind, and laugh at the ridiculous bullshit that Donald Trump talked about during the day.

“It’s mindless entertainment. It’s certainly not House of Cards, but we all need to switch off once in a while,” she told journalists, while reminding Malia and Sasha it was about to start.

Barack Obama said it was a fun alternative to Netflix and cable TV. “We got cable installed as a treat for the kids during the first term. So Michelle and I though it would be nice to get a wiretap installed for them as a bit of a reward for getting through the second term”.

Asked if they had uncovered any intelligence from the Trump wiretap, the former President said, “no”.