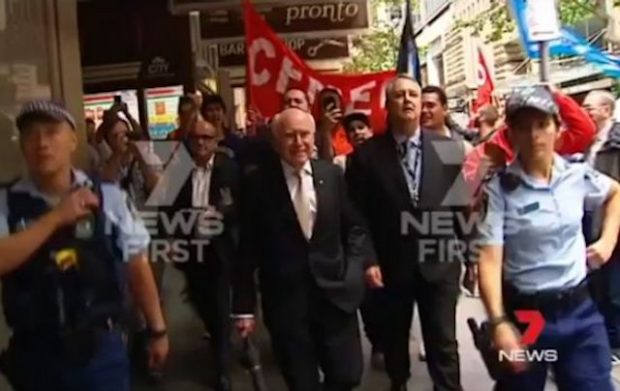 Former Prime Minister John Howard hastily entered a long and messy union protest today, without any apparent plan for what to do next.

It may be years before Mr Howard is able to fully withdraw from the rally.

As the protest became more protracted and chaotic, Mr Howard defended his decision, saying it was based on the best information available to him at the time.

It is unclear why Mr Howard entered the protest in the first place – the former PM was unable to provide any explanation.