CLOSE
The Nation
Putin Moves To Distance Himself From Pauline Hanson 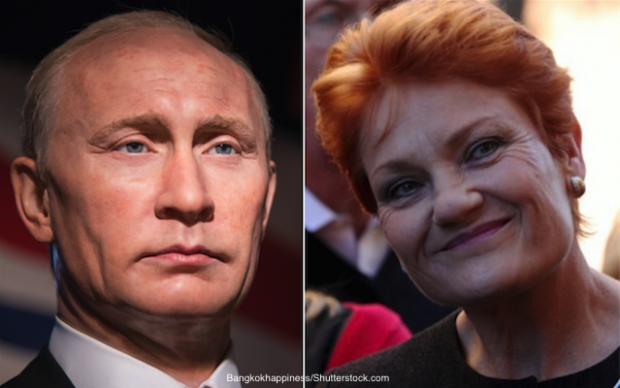 Russian leader Vladimir Putin moved swiftly to reassure his people that he is no way associated with Pauline Hanson and doesn’t endorse her position, after the One Nation Leader said today she supported him.

A quickly-issued statement from the Kremlin confirmed that the two had never met and had nothing in common. “He loves and appreciates support from many different areas, but you have to draw the line somewhere,” it read. “I mean, really, we’ll take support from most places, but come on, the optics are all wrong”.