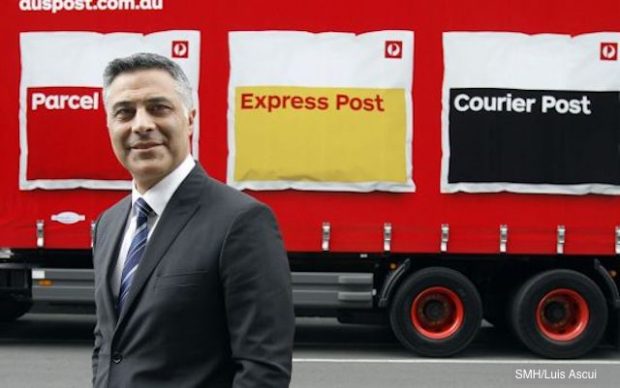 Outgoing Australia Post chief Ahmed Fahour says he sent off his resignation letter in May 2014, but couldn’t officially announce his departure until the letter was received by the board, which occurred this afternoon.

A spokesperson for the Australia Post board of directors said they suspected a resignation may have been immanent in August of 2015, when they received a ‘sorry we missed you’ card in the letter box. But by the time they were able to get to the nominated Post Office, the letter had been returned to sender. Mr Fahour claims he never received the returned mail.

A second ‘sorry we miss you’ card was received late last year. A representative of the board has been waiting at the Post Office since then, with the letter finally located out the back this morning.

Mr Fahour raised eyebrows earlier this year when it was revealed his annual salary was $5.6 million, about the cost of sending a 750g parcel to the UK.