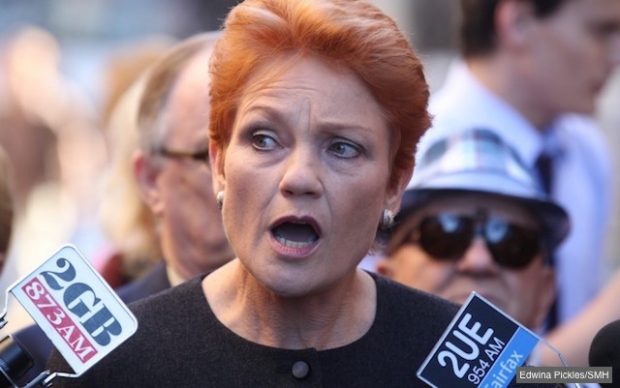 The terrorist attack that didn’t happen in Sweden over the weekend is a wakeup call for Australians, One Nation Leader Pauline Hanson says.

Ms Hanson told Channel 7’s Sunrise that what didn’t happen in Sweden could also not happen on Australian soil. “It’s shocking, just shocking. And yet our leaders just stand there and do nothing,” she said.

While ISIS has yet to claim responsibility for the event, Hanson said it was only a matter of time before a link with Islam was found. “Muslims did this,” she told viewers.

With zero casualties reported in the Swedish attack, and many times that number expected to be included in the final count, Hanson said countries that allowed Muslim immigration were naive. “We saw it at Bowling Green, we saw it in Atlanta. And if we allow immigration to continue unchecked, sooner or later the carnage we didn’t see in Sweden we are unfortunately going to see here too”.