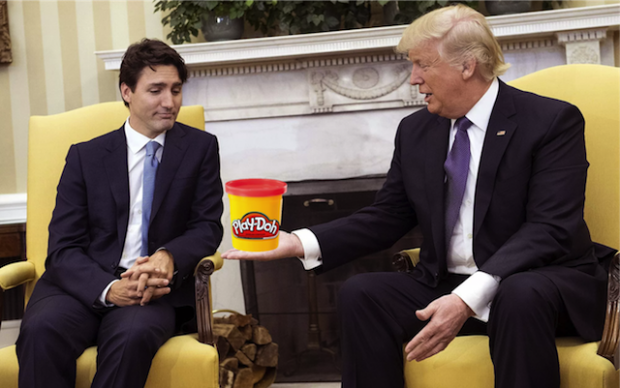 US President Donald Trump wants to know if his Canadian guest is ready to go to the playroom now, it has emerged.

In the first meeting between the two North American leaders, Mr Trump said the time for small talk was over, and it was now time to make some big scary dinosaurs.

Mr Trudeau appeared to be confused by the request, reminding Mr Trump they had a lot to get through. But Mr Trump reassured his guest that they had all afternoon to play if they wanted to. He had over fifty different pots of Play Doh, he pointed out.

It is believed the two will make a huge trade agreement before smashing it down into little pieces.