CLOSE
World
Incredible! Donald Trump Has Highest Approval Rating Ever When You Sum Up All The Different Polls 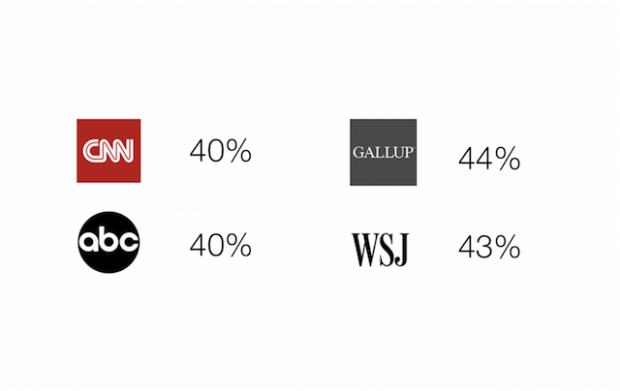 Donald Trump has an amazingly-high approval rating of 167% when you add up the figures from ABC, Gallup, Wall Street Journal and CNN.

Mr Trump dismissed claims that he had the lowest-ever approval rating for a first-term President, saying it was in fact the highest if you took the time to actually do some work and add up all the different polls.

“Forty percent? Wrong! What about the 43% I got from the Wall Street Journal, or the 38% I got from the Boston Globe? That’s over 200% just there! Sad.” The President tweeted today.

News website Brietbart, meanwhile, released its own approval ratings figures today. They had Mr Trump’s approval at a more modest 100%.