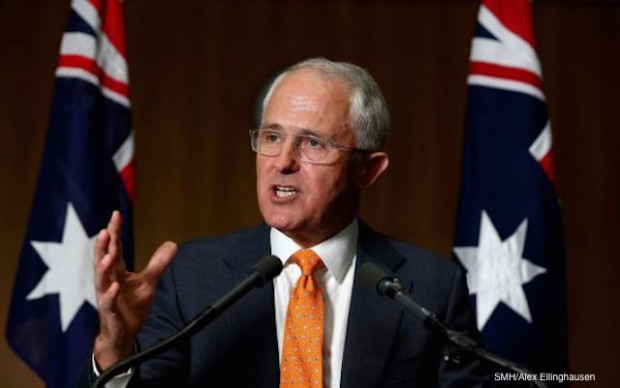 Saying he wanted to avoid a messy backflip later in the day, Prime Minister Malcolm Turnbull got on the front foot this morning and rang South Australian senator Cory Bernardi before choosing his tie.

It follows an embarrassing blunder earlier in the week when Mr Turnbull came to work in a blue striped tie, not realising that a plain blue tie would play better in Mr Bernardi’s constituency. He said it had taught him it was always good to double check.

The Prime Minister denied his tie policy was being held to ransom by a small section of his party, saying instead it showed he was listening.

“As leader I’m happy to listen to a range of views and then put Cory Bernardi’s into action,” he said. “That’s what being a member of a mainstream party is all about”.

Get The Shovel Annual 2016 For Christmas