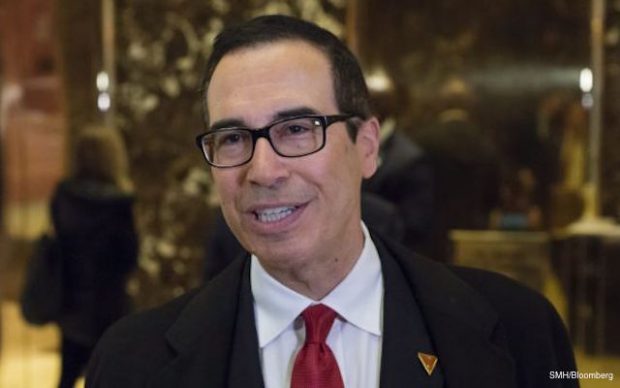 Mr Trump said Mnuchin, who has worked with millionaires from all walks of life, would bring a unique outsider’s viewpoint to the role. He is the fourth ex Goldman Sachs employee to be appointed Treasury secretary since 1995.

Throughout the presidential campaign Trump criticised Hillary Clinton for her links to Wall Street. He pointed out that Goldman Sachs was not a Wall Street firm, with its global headquarters many, many yards away on West Street, Manhattan. He said it was high time organisations from outside Wall Street, like Goldman Sachs, had a chance to have an influence over policy.