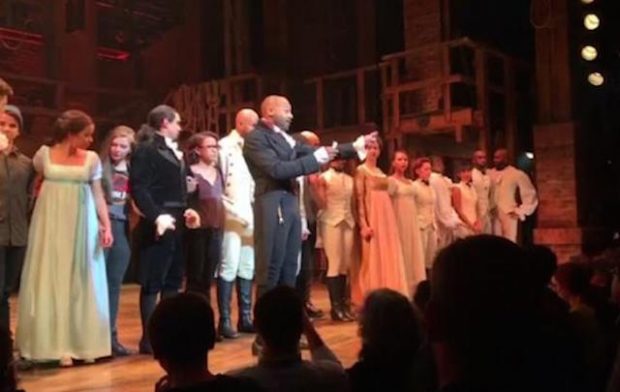 Donald Trump says he will use his presidency to curtail the real and present threat posed by singing theatre groups in period costume.

In a speech today, the president-elect vowed to make America strong again. “When an aide told me that ISIS was planning future attacks and that Mike pence was booed at the theatre, I did what any strong leader would do. I asked, ‘which theatre?'”

He said he had a plan to stop further attacks, but that it was secret. “I’m not going to just tell the enemy my plan. But mark my words: never again will we be subjected to shock and sheer terror of being teased by a man in period costume. Not on my watch”.

Leaked intelligence papers point to another performance from the group, possibly as soon as tonight.