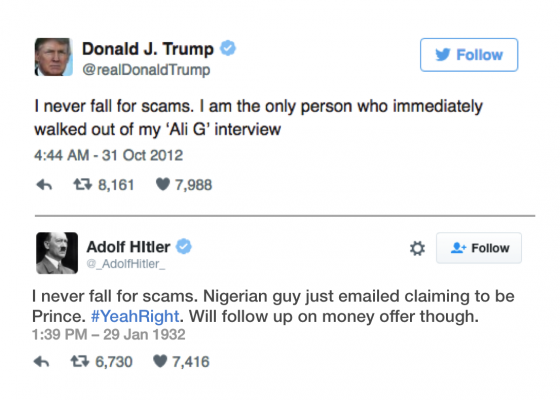 Many comparisons have been made between America’s President-elect and the German Nazi leader. Most have been dismissed as sensationalist, misleading, or just plain wrong. But a recent analysis of the two leaders’ tweets is hard to ignore.

In one famous tweet, Trump wrote that he has ‘never seen a thin person drinking Diet Coke’. But it was Hitler who first tweeted about the soft drink, calling Goebbels a ‘fatso’ for drinking Diet Coke way back in 1937. 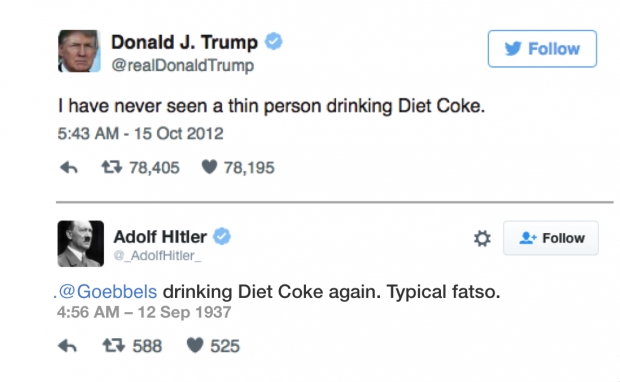 In a 1929 tweet, Hitler wrote “A.H. just nailing Twitter right now. That’s what people are telling me. Easy when it’s fun”. It has striking similarities to Trump’s 2012 tweet where he said, “Many are saying I’m the best 140 character writer in the world. It’s easy when it’s fun”. 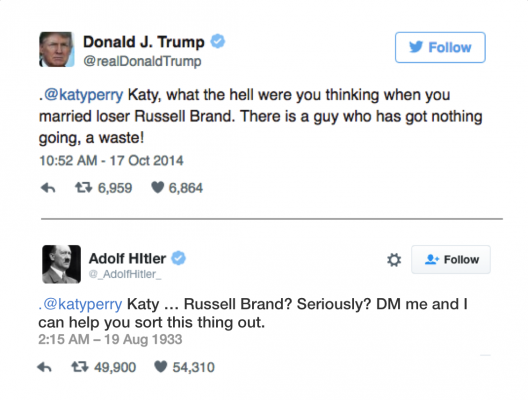 There are other similar tweets, one in response to Katy Perry’s relationship with Russell Brand, the other a comment about avoiding scams.

It begs the question: is Trump modelling himself on the Nazi dictator? You be the judge.