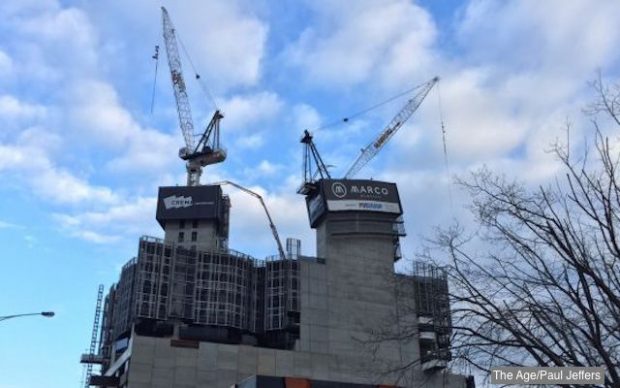 The city of Melbourne will be rebuilt piece by piece after an embarrassing blunder that saw the entire city ruined by developers.

Once a beautiful late nineteenth century masterpiece, the city is now a pile of rubble and debris, a spokesperson from the Victorian Civil and Administrative Tribunal (VCAT) said. “Look at it now. It’s a toilet. We’re going to find the idiots who did this and make them put it back the way it was”.

Developers claim they didn’t realise what they were doing. “One minute we’re just standing around with our tools, the next we’ve accidentally constructed a thousand shitty dog boxes,” one developer said.

Premier Dan Andrews vowed to find the ‘money-crazed dickheads’ who made the unfortunate mistake. “They’re not above the law,” he said.