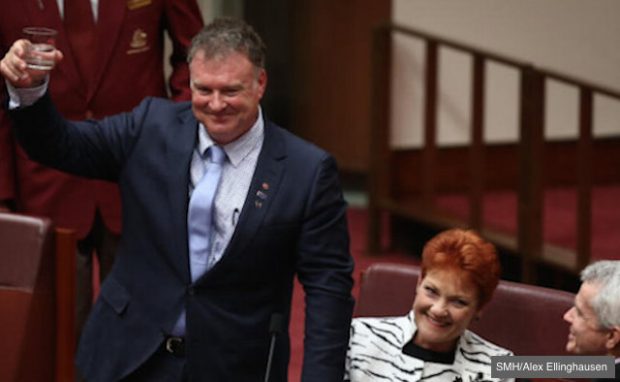 One Nation leader Pauline Hanson is now only the third most ridiculous person in her party according to the latest rankings released today. She has fallen one spot since last month.

Ms Hanson said she was disappointed with the rankings drop, but was confident she could come up with something significantly racist or absurd over the coming month to push her back up the charts.

“We are being swamped by Asian Muslim, Chinese-owned squat toilets,” she said in a statement today.

Mr Culleton said he would be working hard to take top spot in the near future. Although he walked back from that comment after Malcolm Roberts reiterated claims the Government was trying to control him through the use of grammar.