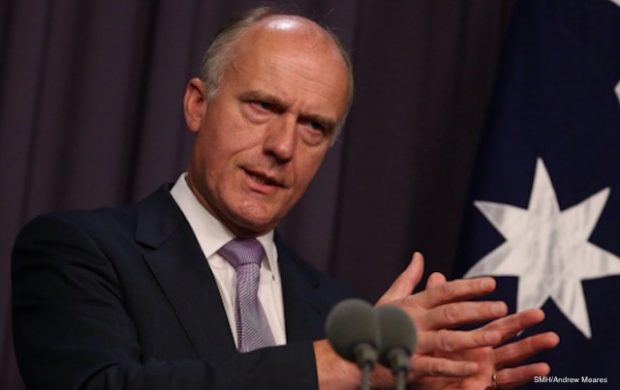 Liberal Senator Eric Abetz has given heterosexual Australians all over the country the courage to tell their friends and family that they are straight.

In an emotional speech yesterday, Mr Abetz said coming out as straight was not celebrated or respected enough in this country. His words gave courage to those who for years have lived in fear and secrecy.

Tom Graham from Sydney’s North Ryde said it was a life-changing moment. “I went round to Mum’s and Dad’s last night and I just sat them down and said there was something I needed to discuss with them. And then I just said it ­­– ‘I’m straight’. To their credit they were just so supportive. It’s like a huge weight has been lifted from my shoulders”.

Kelly McMahon said she too had been living a double life. “The social expectation to be homosexual in this country can be tough for someone who’s attracted to the opposite sex. But when a social leader in a powerful role like Eric Abetz says it’s ok to come out as straight, it’s really empowering”. She said she would no longer hide her heterosexuality from her workmates.

The hashtag #comeoutstraightforeric was trending on Twitter last night.