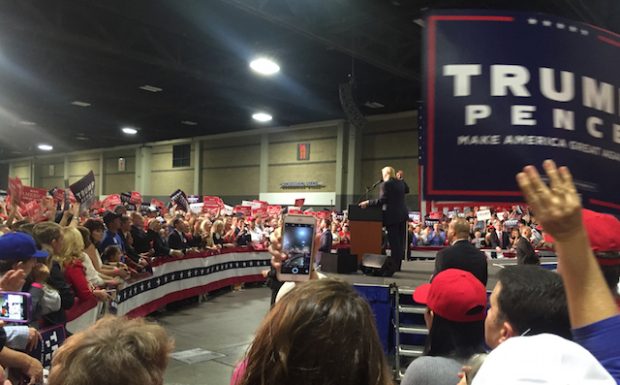 Republican Party stalwarts say they are shocked at Donald Trump’s recently-revealed sexist comment, his 1,418th of the campaign.

Former presidential candidate John McCain – who pulled his support for Trump today – said enough is enough. “One sexist or racist comment I can excuse. Two, perhaps. 1,417, well ok. But 1,418? You’ve got to be kidding, that’s outrageous”.

Other senior Republicans were similarly stunned by Mr Trump’s behaviour. One spokesperson said he was outraged. “Calling women ‘dogs’ or ‘fat pigs’, or ‘Miss Piggy’ is one thing. As is abusing Rosie O’Donnell, or Ariana Huffington, or journalist Gail Collins, or Bette Midler, or a women breast-feeding her baby, or the female contestants on The Apprentice. And when he told someone she wouldn’t have a job if she wasn’t beautiful, or when he excused sexual assault in the military, well, that was out of character. But this, this is a real surprise. And it’s certainly a step too far”.