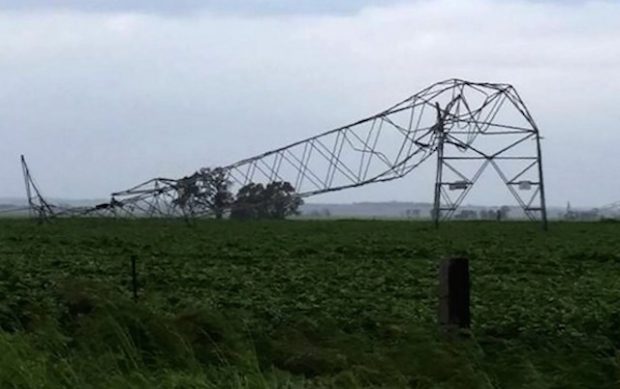 The Federal Government says it is considering the full range of potential causes for the recent South Australian power outage, including electricity pricing structures, the dependence on renewable energy in the state, and the fact that the biggest fucking storm in 50 years literally ripped 22 electricity pylons out of the ground.

Electricity expert Barnaby Joyce said there were any number of factors that could have contributed to the power going out, with the fact that electricity wires were actually cut in half potentially amongst them.

“The way the energy is made is definitely the most likely cause. But we have been told that tornado-force winds did ravage the state just before the power went out, so we’ve tentatively added that to the list of possibilities as well”.

Visiting the affected areas yesterday, Prime Minister Malcolm Turnbull conceded it was possible that the series of bent-in-half pylons behind him may have played some part in the blackout. But he told journalists it was important not to rule out other potential cause for the outage. The interview was cut short when the Prime Minister was forced to seek cover from the torrential rain.