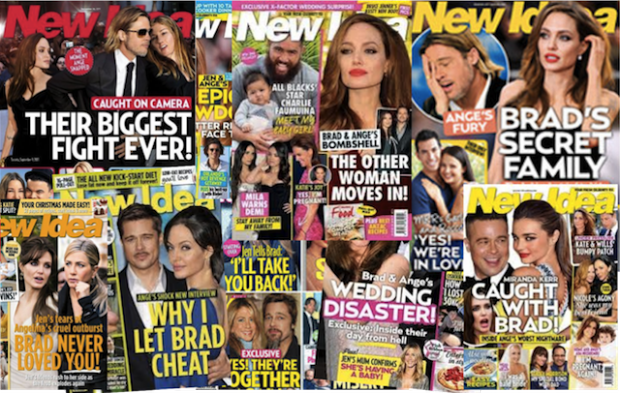 Celebrity Magazine New Idea will release a bumper special edition this month, giving readers a chance to re-live every one of Brad and Angelina’s 182 shock break ups.

“We’ve been covering Brad and Angelina since they first got together 12 years ago. And they’ve broken up in every single one of our editions since then,” a spokesperson for the magazine said.

Jennifer Aniston has featured heavily in the couple’s splits, with Brad getting back with his old flame 41 times since 2005, in what must have been a Nightmare Disaster for Angelina. Aniston has had 79 children in the same period.

In a Bombshell announcement, New Idea hinted that despite the latest split, Brad and Angelina may have already reunited, just in time for next month’s edition.