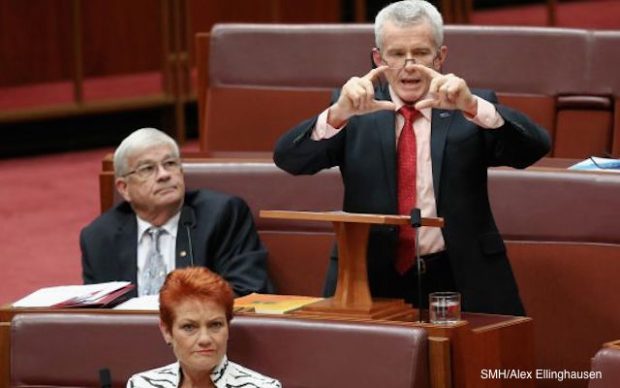 97% of the world’s scientists say they are yet to find proof that One Nation’s new Senator Malcolm Roberts lives in the real world.

Mr Roberts – who prefers to write his name “Malcolm-Ieuan: Roberts., the living soul” because he thinks the government is trying to control him through the use of grammar – made his maiden speech in parliament this week.

But most researchers agree that Mr Roberts is simply an elaborate hoax, cooked up to provide some light entertainment for the nation’s senators.

In his speech, Mr Roberts compared himself to Socrates, saying, “I love asking questions to get to the truth”. Scientists have suggested a range of questions for Mr Roberts to ask, including, ‘Do I actually expect people to believe this shit?’, ‘Who the hell actually voted for me?”, and just to mess with him, “Did America really put a man on the moon?”.