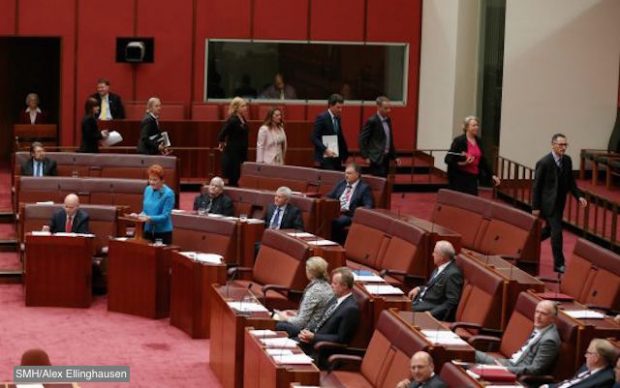 The Greens walked out on Pauline Hanson’s senate speech yesterday, even though she pretty-much created the whole thing from re-used materials.

Critics have called the Greens hypocritical after not recognising a fantastic recycling initiative when it’s right in front of them. “Most senators in her position would come up with an entirely new speech, using new material they had created over the past two decades,” one observer said.

“But Ms Hanson instead chose to pull her old speech from out of the cupboard, adding just a few very minor changes. There’s basically nothing new in here at all. I’m surprised the Greens weren’t impressed.

“When you’re faced with a situation like One Nation finds themselves in, where they are in real danger of running out of ideas, the only responsible thing to do is to find new ways to use those old ideas. Even though we’ve entered a new century”.