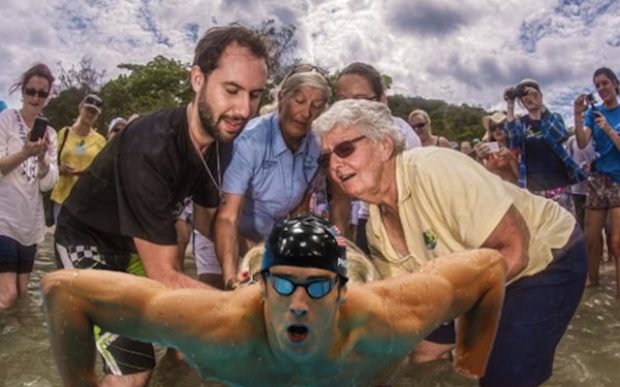 Saying he was ‘ready to go home’, a group of trainers today released Michael Phelps back into the wild today after more than 15 years in captivity.

Phelps, who was born in the Atlantic Ocean and then moved to a training pool in Baltimore, captured the hearts of the American public, and later the world, performing amazing feats in the pool. But after a dazzling career, trainers said it was now time to return him to his natural environment.

Following an emotional farewell, trainers carried Phelps along the foreshore before lowering him into the water. Phelps swam briefly at the water’s edge, then powered off towards the horizon to join his family.