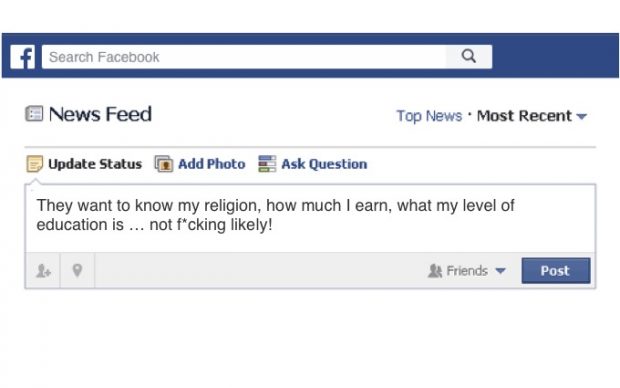 Saying it was ‘intrusive’ and a ‘blatant invasion of privacy’, Melbourne man Terry McManus has posted a stinging rant about the national census on a social networking site that knows how many sexual partners he has had in the last three years, and where he went to primary school.

“They want to know my religion, how much I earn, what my level of education is … not f*cking likely,” Mr McManus wrote on the site that knows from analysing search patterns and previous posting behaviour that he actually does not have a religion, and that his salary is between $74,750 and $75,250.

The rant concluded with McManus saying that, “There’s no way I’m filling this form in and giving the Government all of my information. I’ll be spending census night playing Xbox thanks very much”. The social networking site later confirmed that Mr McManus does not own an Xbox.