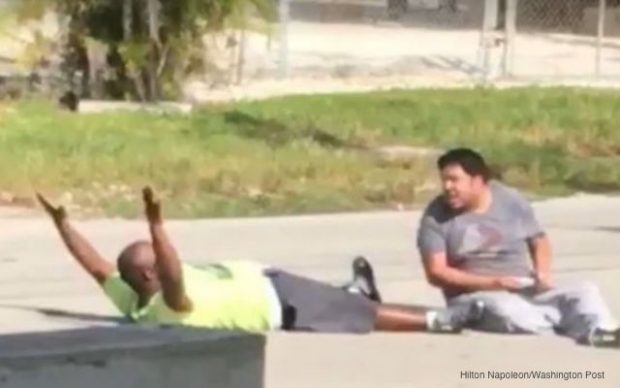 Charges against a Miami law enforcement agent who shot an unarmed black man while his hands were in the air are under challenge, after video evidence showed the officer at no point said the words ‘Simon says’.

“The rules are the rules,” Miami’s Police Chief explained today. “This was a clear breach that put everyone’s safety at risk, and our agent has followed enforcement protocols to neutralise the threat.

“The video evidence is unmistakable. The officer shouts, ‘Simon says turn around; Simon says lie on your back … Put your hands up’. The man clearly put his hands up, despite there being no reference to ‘Simon says’. You can’t expect to just make a mistake like that and for there to be no consequences. This is not some sort of game”.

He dismissed claims there were racist overtones to the incident. “Racist? No. We’re just sticklers for the rules. It’s very important for black suspects to follow exactly what law enforcement officers say”.