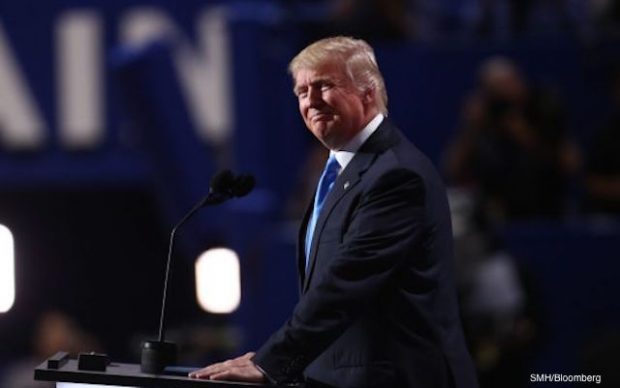 In another historic milestone, the US Republican Party have nominated Donald Trump as their Presidential candidate, putting the 70 year-old little boy just one step away from the nation’s highest office.

If elected, Donald would become the first toddler to hold the role, bettering George W Bush, who had completed junior school when he took office.

On accepting the nomination, Donald said he wanted to make America great again, and build lots of big walls, and keep all the meanies out, and make lots and lots of money, and yeah! He said he had all the best planes and toys and helicopters and that Hillary Clinton was a dummy, and that he had lots of money, so there.

Republican supporter Jake Ramfield said he was impressed. “He’s such a talented and confident little boy. Isn’t it wonderful to think that he could soon have the nuclear codes”.