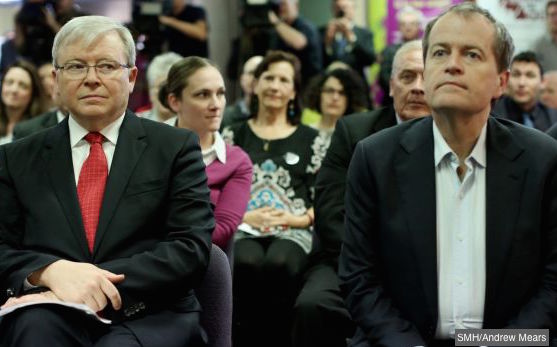 Opposition Leader Bill Shorten says when it comes to the contest for UN secretary general, he stands right behind Kevin Rudd. Close enough that he can tap him on the shoulder, show him the door, and usher in another leader, should the need arise.

Contacted for comment, Kevin Rudd said he had never heard of Bill Shorten, but thanked him for his kind words.