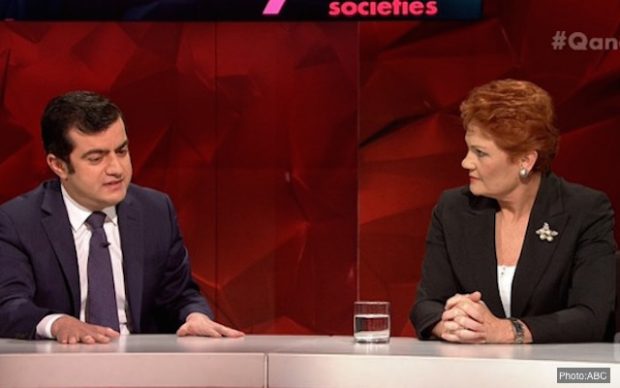 Saying it was becoming too easy for some people to hide their Muslim identity, One Nation Leader Pauline Hanson has called for the implementation of an identification badge or symbol to be worn by Muslims in Australia.

The plea comes after Ms Hanson’s appearance on Q&A, where she realised she had been tricked into thinking Labor Senator Sam Dastyari was not Muslim.

The firebrand politician said there are a number of ways the identification system could work. “Maybe it’s a badge. Maybe it’s a small piece of cloth that they pin on their shirt. It doesn’t have to be complicated. We just need to know where they are”.

She will table the idea in the Senate later this year.