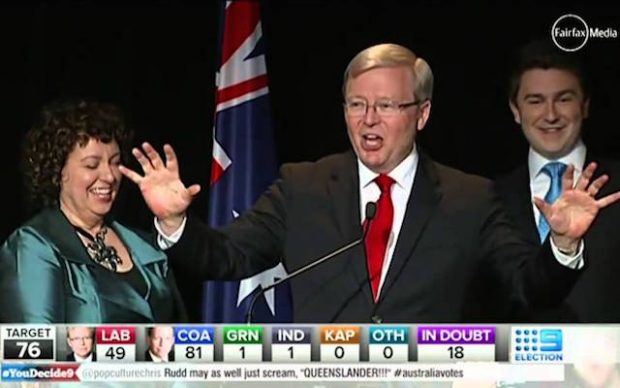 Former Prime Minister Kevin Rudd’s concession speech, which began after his 2013 election loss and was still ongoing at the time of publication, may not be finished before Bill Shorten takes to the stage to concede defeat in the 2016 election.

Staffers for Mr Shorten said they had given Mr Rudd the wind-up last month and had been given assurances that his speech would be finished by last week. But that timeline is now looking shaky. “He hasn’t even got to thanking his family yet, and there are rumours that he’ll do the whole speech in Mandarin once he’s finished in English. So there’s a real risk of a clash here,” one Shorten staffer said.