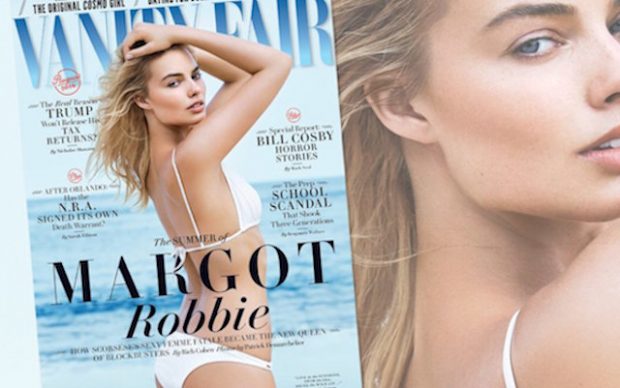 In an embarrassing blunder, Vanity Fair inadvertently published the first draft of their profile of Australian actress Margot Robbie today. Here’s the final version that was meant to go to print.

“MARGOT Robbie is a girl next door, but only ever enters through windows. She’s talented, but never mastered the recorder. She is a woman, but only as defined by the dictionary. She is tall, but only when riding in an elevator.

She is ambitious, but only if you count success as achievement. She’s famous, but not in Rwanda. She’s from the Gold Coast, but her skin is the finest silver. She’s warm, but has never used a microwave. She is a throwback, but never on Thursday. She is Australian, but has never kissed a kangaroo. She’s a freshman, but never went to college.

She is beautiful, but probably wouldn’t be if she had no face. She is blonde, but not if she wears a wig. She’s funny, but only to geese. She is powerful, but can’t yet generate enough electricity to power a tractor.

She’s is a slow dance, but doesn’t know how to put on a record. She is sexy, but has never had sex with me. She is otherworldly, but can’t breathe on Uranus. She is composed, but not by Motzart. She is friendly, but has never had a friend. Most impressively, she is hypnotic, but has never admitted to clucking like a chicken”.