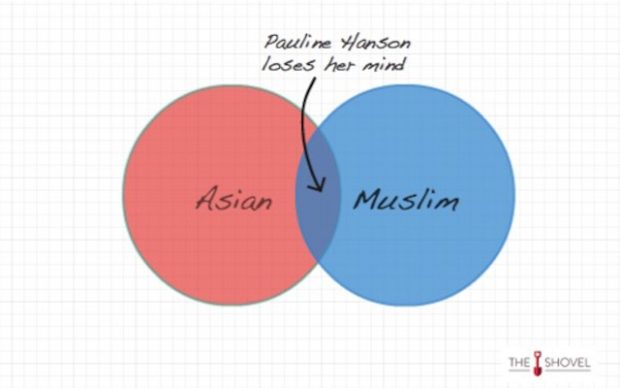 One Nation leader Pauline Hanson has been hospitalised and was in a serious condition tonight after discovering some people are simultaneously Asian and Muslim.

“Until now she just assumed they were two separate evils that could be tackled individually. The realisation hit her pretty hard,” a One Nation staffer said.

He said staffers held back from informing Ms Hanson that the number of people containing both attributes may run into the hundreds of millions. “I’m not sure she would have survived that statistic,” he said.