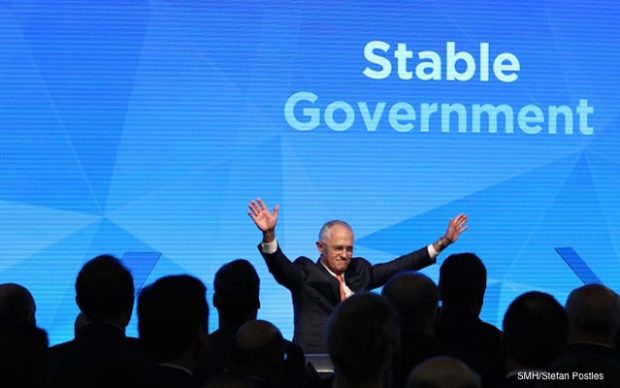 Responding to the recent turmoil in Europe, Malcolm Turnbull has added ‘stability’ to his party’s core message of ‘jobs and growth’, reminding voters that his party has gone almost a year now without changing leaders.

“What our Government needs, what Australia needs, is stability. Now is not the time to change leaders. That time is in another 9-10 months,” Mr Turnbull said at the Liberal Party’s official campaign launch on Sunday.

Mr Turnbull said the Coalition was the most stable government Australia had seen since 2015. “Let’s not return to the chaos of the Rudd/Gillard/Rudd years. Let’s stick with the chaos of the Abbott/Turnbull years,” he said to loud applause.

“Mr Shorten has knifed two leaders. I’ve knifed just the one – so that’s twice the stability,” he said.