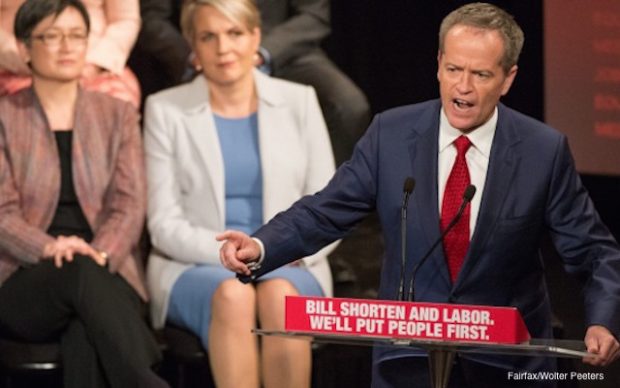 Channeling the inspiring words of Keating and Hawke, just without the charisma, Labor leader Bill Shorten had his party’s faithful raising out of their chairs and politely filing out of the room, after quite a good speech yesterday.

“It’s time!” Shorten clearly enunciated, stopping to look down at his notes for extra effect. “We’re going to stop Malcolm Turnbull, just as Malcolm’s NBN has stopped you downloading your favourite movie, album, or e-book,” he continued, to a rising wave of quite-decent applause.

Labor member Samantha Nightingale said she had chills down her spine. “I think there might have been something wrong with the heating, which was unfortunate. But Bill’s speech was certainly extremely adequate”.