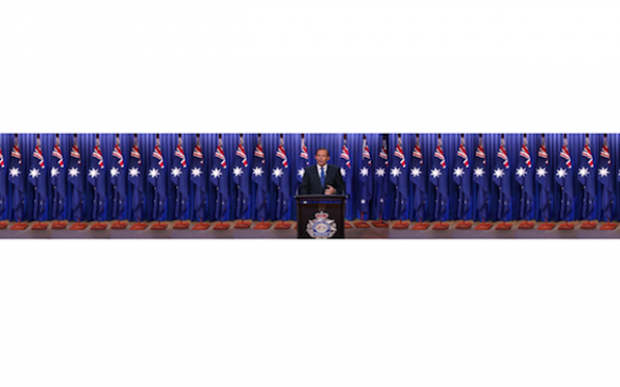 Former Prime Minister Tony Abbott was today photographed holding a mock defence briefing, putting in doubt Malcolm Turnbull’s claims that Mr Abbott would not be given the role of Defence Minister.

Reporters said they then saw him playing with his model fighter aeroplanes while making bombing noises. Although a Liberal Party source warned people not to read too much into it, saying that’s just how Mr Abbott normally spends a Thursday afternoon.