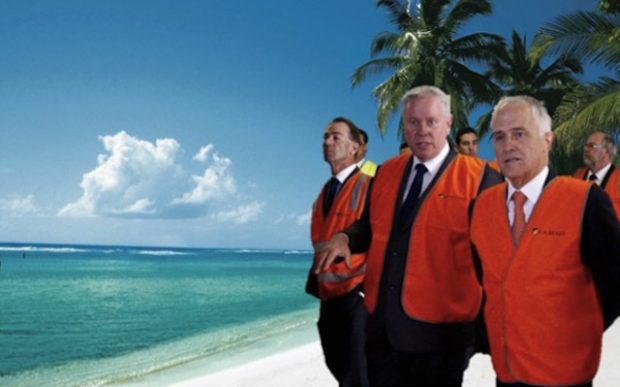 Prime Minister Malcolm Turnbull has spent day 382 of the election campaign touring local banking facilities in the Cayman Islands, as part of a whirlwind tour of the Caribbean.

Wearing a high-vis vest and a hard-hat, Mr Turnbull was given a hands-on demonstration of a range of tax-avoidance tools and financial instruments. “There’s no better example of innovation, of being agile, than funnelling money through a small island in order to pay no tax,” he said, eating a Dutch sandwich – a local delicacy.

In a press conference afterwards he thanked his hosts for their generosity. “You give so much, yet you ask for so little in return,” he said.