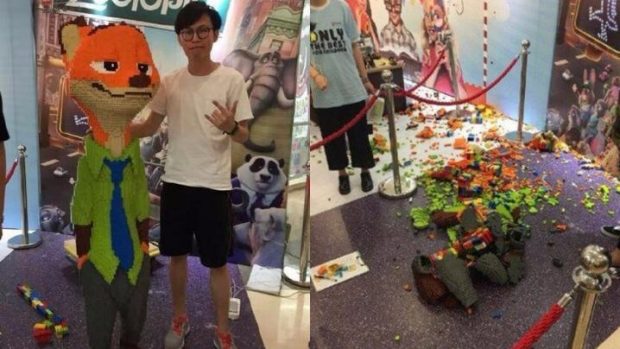 A rare 4-foot tall Lego character has been shot and killed at an exhibition in China after a small boy broke through a security rope to get a closer look.

Authorities said the decision to destroy the character was not taken lightly, but stressed they had an obligation to act to protect the child. “Lego can look harmless enough when it’s in its box, but ultimately it’s very unpredictable, especially if you haven’t got shoes on,” a spokesperson said.

The exhibition’s management said they were still coming to terms with the loss of their prized character, saying it would take some time to pick up the pieces.