CLOSE
To Australia’s shame, the NBN lags behind the rest of the world 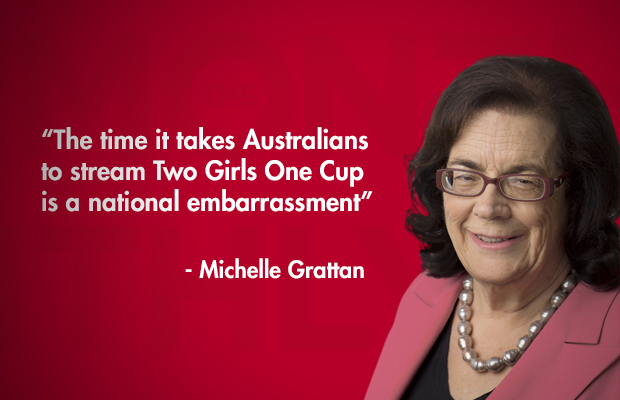 When Malcolm Turnbull promised, at the last election, to fix Labor’s NBN roll-out (and slice $20 billion off the cost of delivery) he created for himself more headaches than he solved.

Under Turnbull, instead of cabling fibre optic wire into everyone’s homes the NBN leaves the ‘ final mile’ of internet delivery on the ancient copper network.

Turnbull sold his fix as being cheaper to deliver and faster to build, but the result is that Australia is ranked just 49th in the world when it comes to internet download speeds.

To give some sense of international comparison, that means an average Australian, attempting to download an HD version of Two Girls, One Cup would only reach the point where the girl poos into the cup in the time that it takes the average Singaporean to download the whole thing.

It says something about Malcolm Turnbull’s priorities that, by the time the average Australian can get to the scene where they’re eating the poo-vomit out of the cup, the average South Korean has downloaded two-and-a-half copies of the full HD video, complete with commentary track.

But the real story is not just in download speeds, it’s also in upload speeds – which is key in a world that is increasingly reliant upon User Generated Content (UGC). By 2025, the average Australian, wanting to upload their own scat videos to the internet, will have to wait 16 times as long as the average Swede.

Many young Australians, voting for the first time, will be keenly aware of the lag required to download Two Girls, One Cup. As we head to the polls this election, Mr Turnbull needs a more convincing response to fix this urgent and growing problem.