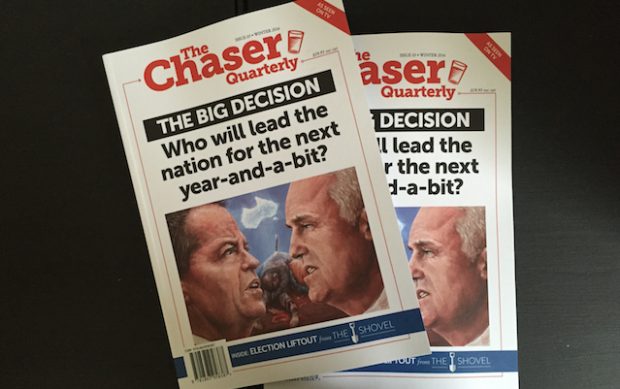 Australia’s most important election since 2013 demanded something a little special. So The Shovel has teamed up with The Chaser to produce the nation’s most respected election guide.

For just $19.95 (including postage) delivered direct to your door, it’s your very own compendium for the world’s longest election campaign. 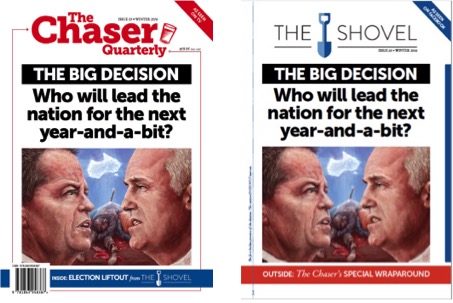 Features include: Profiles of all 150 electorates, head-to-head policy analysis, a glossary of commonly used election phrases, a behind-the-scenes look at the party leaders, a guest column from Andrew Bolt, our very own Vote Compass, Annabel Crabb’s exclusive think-piece on sausage sizzles.