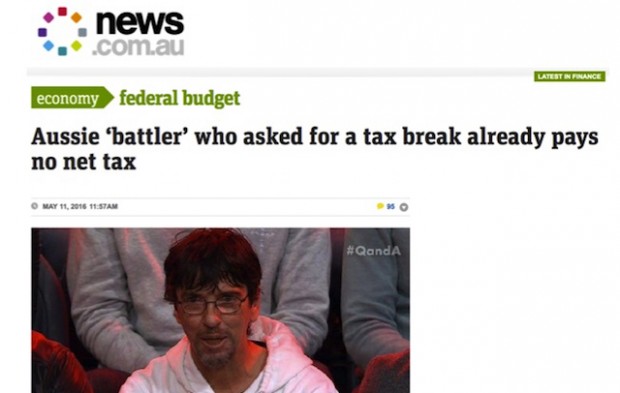 A multinational media organisation that last year paid around 0.1% of its turnover in tax has written a lovely little story about a low-income man who paid about the same proportion of tax as them.

“We’re so alike, it’s uncanny,” a spokesperson for the organisation said. “It’s not every day that a big organisation has so much in common with the regular guy on the street, so it’s been lovely to find out about his struggles.

“We earned $3.9 billion last year and paid about one tenth of one per cent of that in tax. Duncan earned around 25 grand and paid about the same rate, give or take. So we’re very much kindred spirits,” she said.

“As a lot of our readers have pointed out, he’s really not contributing to the Government’s tax coffers to pay for things like schools and roads, and neither are we. So we totally get where Duncan is coming from”.

The organisation said it had contacted the man for comment. “We just want to catch up over a coffee and chew the fat about what it’s like to pay no tax. We’ve certainly got a lot of stories we can share with him!”