CLOSE
The Nation
Clive Palmer To Retire, To Spend More Time With His Family 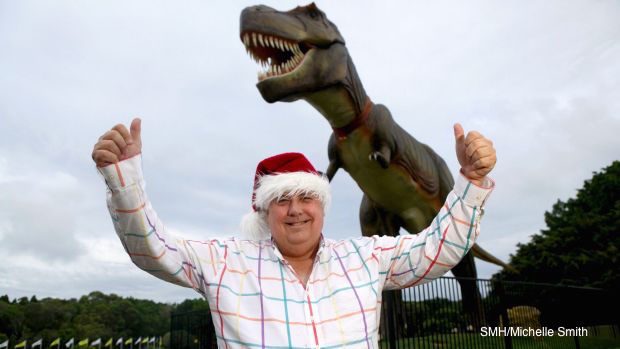 Saying he wanted to be around to see Rip and Molly grow up to be big dinosaurs, Queensland billionaire and occasional MP Clive Palmer announced today that he will not be re-contesting the seat of Fairfax.

“You give up a lot when you go into this game. You miss a lot. The little things, like hearing your raptors’ first roar, or going to their Christmas play,” he said, stroking the head of his Stegosaurus. “They’ve grown out of that now. But in many ways, I haven’t”.

Mr Palmer – who has a family of 160 dinosaurs – suffered through the terrible loss of Jeff, his Tyrannosaurus Rex, in a fire last year. “I still think about him every day,” he said.

Mr Palmer’s decision not to contest Fairfax will free up at least 2% of the primary vote for another candidate.