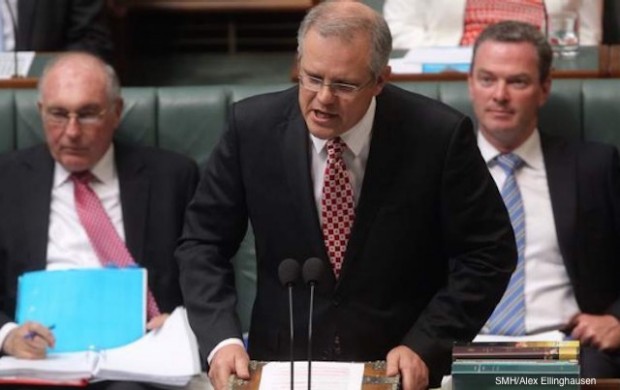 Saying he had no idea what to expect, Treasurer Scott Morrison was eagerly awaiting 7:30pm tonight when he’ll see what Malcolm Turnbull has written for him in the Federal budget.

“It’s all very exciting,” Mr Morrison said. “From the moment Malcolm Turnbull told Australia that the budget was going to be a week early, and then also told me about it later that afternoon, I’ve really been looking forward to this”.

He said it was an innovative new way to deliver a budget. “I’ll be learning what’s in the budget at the same time the rest of Australia is. It’s as if it’s being fast-tracked”.