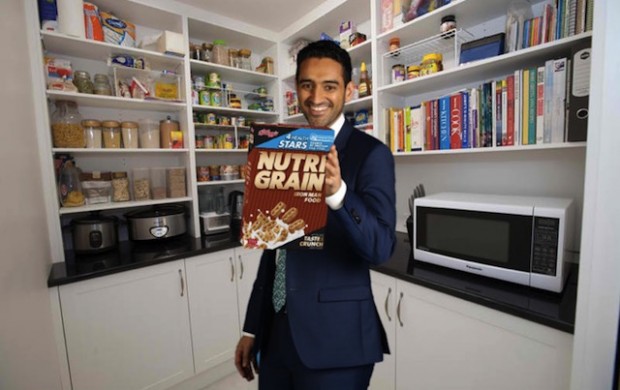 A clip of The Project host Waleed Aly comprehensively taking down a box of Nutri Grain from a very high shelf has gone viral.

One fan said the video – which has already notched 52 million views – was just perfect. “The way he calmly and methodically took that box down from what was a pretty challenging position up there on the fourth shelf was impressive. But then to systematically unpack the box – carefully considering both sides equally – was amazing. I’m a big fan,” Sophie Bridges from Melbourne said.

A friend who has regularly visited the Aly household said she was aware of the Nutri Grain box in question. “Before today it was considered totally off limits. It just wasn’t a breakfast cereal you would even consider taking down. It was too hard. So full credit to him for broaching it,” she said, continuing, “I won’t look at that Nutri Grain box in the same way again. Mainly because it’s not there anymore – he finished it and put it in the bin”.

There are rumours that another video – this time of Aly methodically unpacking a suitcase and then totally dismantling a ball point pen  – is due to hit the web soon.