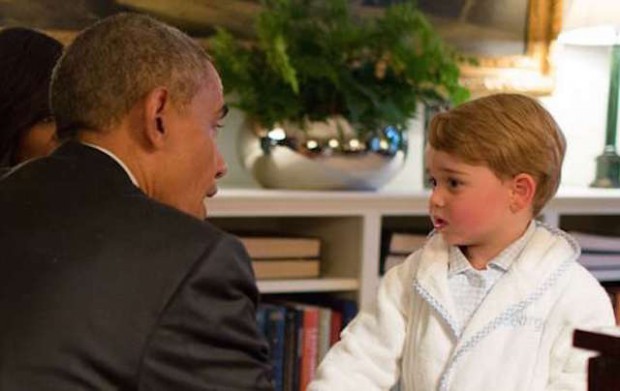 Prince George had his mind blown yesterday when some guy came to his house and claimed that he runs a whole other country, but had to win some sort of competition first.

Things got even stranger when the man told him that no-one in his family had ever been head of a country before. Not his father or mother, not his grandfather or grandmother, not even his great grand mother.

But the most unbelievable thing was when the man said his own daughter would not be head of the country, unless she also won the competition.

“What on earth will she do with her life?” little George thought.

Later, George came to the conclusion that the man must have been playing tricks. “What a funny man,” he said. “Let’s have him back again next year”.

But George’s Mummy and Daddy explained that he wouldn’t be back next year because he would no longer be head of the country.

It was then that George knew that he had fallen for an elaborate joke. What fun!