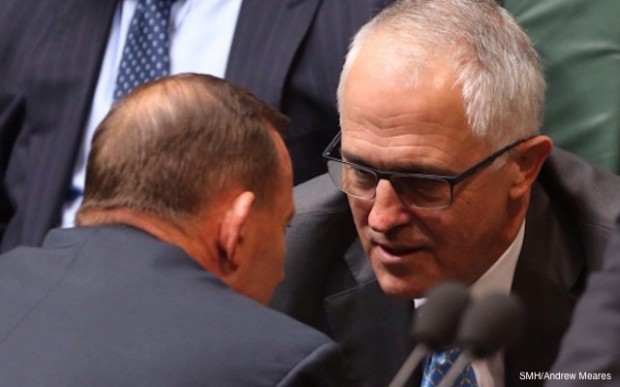 The Prime Minister has told Tony Abbott he will buy him a special toy boat, but only if he is on his best behaviour in the lead up to the election campaign.

Tony has been running around the country complaining he is bored and has nothing to do. But Mr Turnbull said it was time to be a big boy now, and let the grown ups do some work.

Crying that he “never gets anything he wants,” and threatening to “smash everyone else’s toys”, Tony’s ears pricked up when Mr Turnbull made the toy boat proposal.

Staffers say Tony likes to play a game of ‘stop the boats’ in the bath. “He has quite a few little boats that he plays with. But he’s had his eye on this special one for a while now. So I think this is quite a good little strategy from Mr Turnbull,” one staffer said.