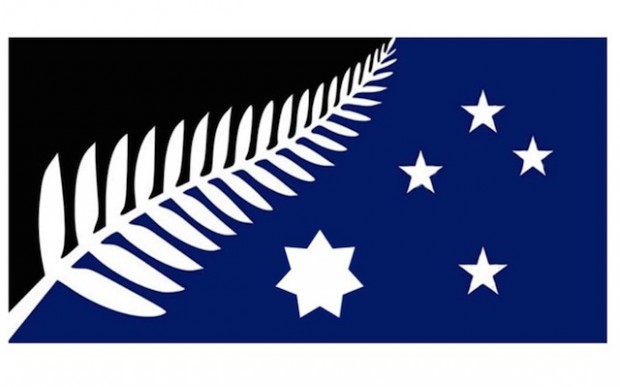 A bold design for a new Australian flag was revealed today, as part of a renewed push to replace the Union Jack.

Featuring a white fern and the Southern Cross on a blue and black background, supporters said the flag would provide a unique and confident new look for the nation.

“This is about stepping out on our own and doing our own thing,” Jordan Waits, a spokesperson for the new flag said.

He dismissed criticism that the design looked too similar to a proposed new flag for New Zealand, saying it was completely different. “Chalk and cheese. Ours has white stars, and an extra seven-pointed star. I don’t really see a connection at all”.