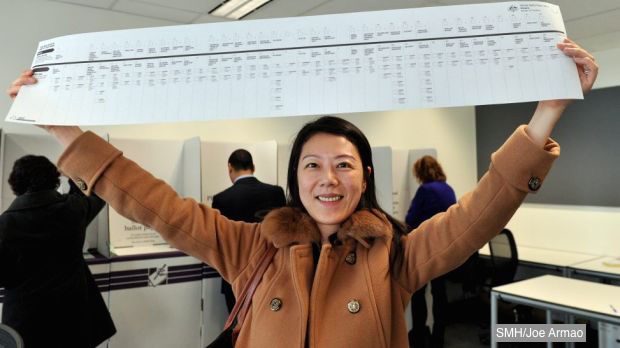 Voters at the upcoming Federal election will now be given the choice of placing a ‘1’ above the line, or filling in all 81 boxes below the line, ensuring that every row, column, and 3×3 grid contains the numbers 1-9.

Australia Electoral Commission spokesperson Sandra Hemsworth said it was a much simpler system than before. “We expect most people will be able to crack this one within about 20-30 minutes – although it’s worth noting that each electorate’s puzzle will be slightly different”.

She said the move has been widely welcomed by all sides of politics. “It’s a real step forward. There’s a genuine sense of satisfaction that comes with getting involved in the democratic process and solving a logic-based number puzzle at the same time”.

Pre-negotiated preference deals will determine how each vote is distributed. “That’s not something voters need to worry about – just concentrate on making sure you haven’t got the same number twice in any given row, column or grid”.