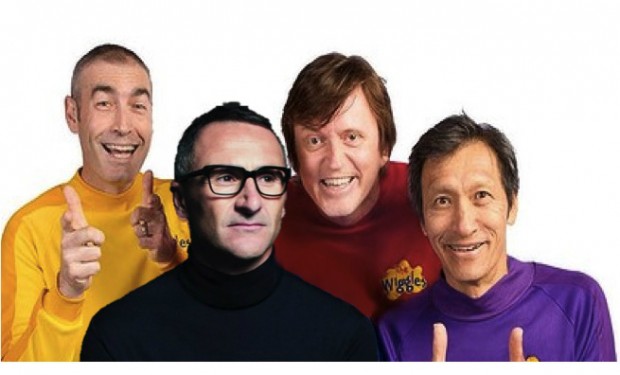 Saying ‘anything is possible’, Greens leader Richard di Natale today refused to dismiss the possibility of doing a preference deal with children’s group The Wiggles at the upcoming election.

“It’s true that some people say we should never cut a deal with a children’s performance outfit. But it’s my view that you have to put the policies first, and the politics will look after itself,” di Natale said.

The Wiggles, who have in the past called for hotter potatoes and colder spaghetti, are very strong in the 3-5 year-old voter demographic. But some Greens voters are worried an alliance could see a shift away from the party’s core values.

“I’d be interested to hear the Wiggle’s view on renewable technology, for example,” one disillusioned Greens supporter said. “They seem to be very car-focused –  I wouldn’t trust them”.

Political observer Sam Knightsbridge said the alliance was bad politics. “They’re just too silly. Although the Wiggles are pretty silly too”.