CLOSE
The Nation
The Shovel Academy: How To Front A Royal Commission Or Government Enquiry 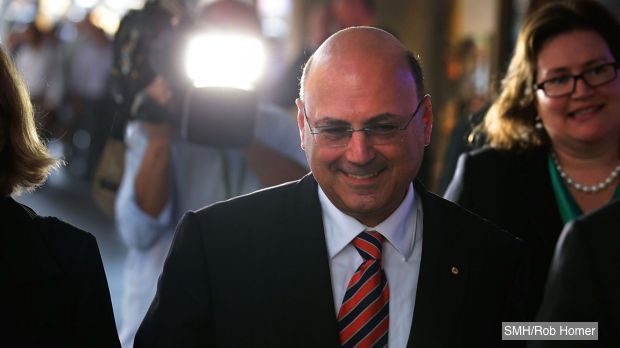 Perhaps your organisation has been busted hacking a schoolgirl’s phone. Or maybe you lived and worked with dozens of child abuses but totally forgot to do anything about it. It happens to everyone.

The thing is, these types of matters can land you in hot water. In some cases it could even lead to you facing a public enquiry. But there’s no need to lose face. Follow these five steps and you’ll be back at the top of your game before the next witness can say ‘my level of recall is not sufficient’.

Old people are endearing and harmless. Some of them have dementia. They certainly don’t have knowledge of the inner-workings of large organisations.

Spend some time visiting a nursing home before your appearance, and try to mimic the behaviour you see. For example, you might want to shout ‘What’s that sound?’ midway through a barrister’s question. Or just randomly say, ‘I’m telling you, she came in here and stole my things’. Basically just give the impression you have no idea what’s going on.

Tip: When your appearance has finished, make sure you’re at least 100 metres away from the courtroom before you take out your fake hearing aid/execute a complex takeover of a foreign media outlet.

This one’s really important. Start each answer with ‘I cannot recall’ or ‘I have no recollection’. For longer hearings, mix things up a bit with ‘I don’t have a clear recollection’ or ‘my memory is betraying me’.

You can’t be blamed simply because you’ve forgotten something. It’s human nature to forget where you left your keys or that time when someone told you a child was being sexually abused.

Let’s say you’re the director of a company that’s made a $70,000 donation to a political party. It’s unreasonable to expect that you’d know about every donation the company makes. I mean, it’s not as if you’re the treasurer of the political party receiving that donation! Actually, bad example.

Ok, let’s say you’re head of a media company, and you have a reputation for being really hands-off. No, that doesn’t work either.

Look, what we’re saying is, find out whose fault it can be, and then be man or woman enough to accept that it’s your responsibility to name them in the hearing.

4. Get any outstanding odd jobs done before the hearing starts

These hearings can take a chunk of time out of your day. So it’s best to get those little errands – like organising a dentist appointment, or disclosing a $40,000 campaign donation – off your plate before things get underway.

You don’t actually have to be humble, just say that you are – it’s pretty much the same thing. We’re not suggesting here that you should say it’s the most humble day of your life or anything quite that extreme. Actually, yeah go with that.

Also from The Shovel Academy: ‘How To Make A Public Apology’