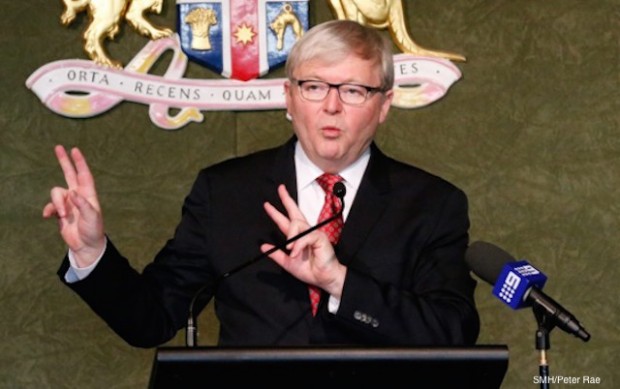 “It’s sloppy, it’s slap dash, it’s all over the place. I mean the guy can’t even get the leaking a classified document right. If you’re going to destabilise a government from within, for god’s sake do it properly,” Mr Rudd said today.

The former Labor leader said Mr Abbott’s behaviour was well below the standards Australians have come to expect. “I admit, the bar I set was very high, but Australians do expect the undermining of their Prime Ministers to be carried out with a little more sophistication than this. Compared with the well-oiled machine I ran during the Gillard years, it’s all a little bit ham-fisted”.

Mr Rudd said Mr Abbott is welcome to call him if he wants advice. “He’s got my number”.