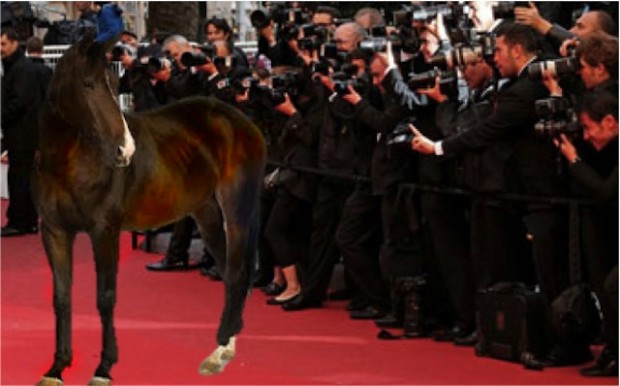 Saying he didn’t want to leave anything to chance this time, actor Leonardo DiCaprio made a stunning red carpet entrance at today’s Academy Awards, curled up inside a dead horse.

DiCaprio has never won an Oscar before, but is nominated this year for his gritty portrayal of Hugh Glass – a fur trapper abandoned for dead in the Missouri wilderness.

“I just didn’t want the judges to forget how real, and how brave my acting was. How far I was prepared to go for my craft,” a blood-soaked Di Caprio shouted from inside the animal.

“I mean, I spent months on icy rivers for this film. I endured the elements. I ate a raw bison liver, and I’m a vegetarian. But you know, that’s what serious actors do. That’s what Oscar-winning oscars do. They look serious, they make serious sounds. They get inside the character. Right inside. Can you guys still hear me ok?”.