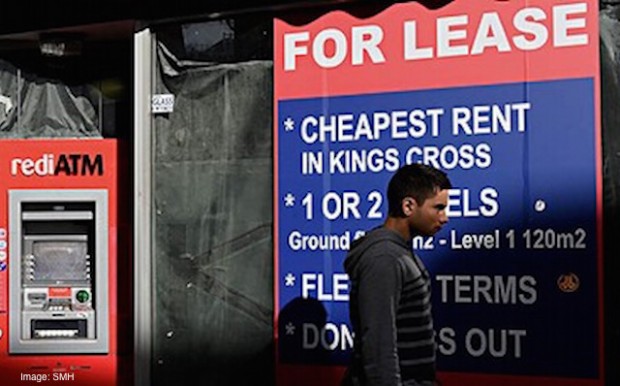 Sydney’s entertainment precinct King’s Cross is undergoing a revival, with a wave of hip new ‘For Lease’ and ‘Closed’ signs setting up in the area.

Experimenting with new colours and modern typefaces, the new signs are redefining what Sydneysiders expect from a real estate message.

“It’s about doing something different,” trend expert Ben McDonald said. “Just yesterday I saw this quaint new little sign down an alleyway. It was tiny, handwritten – couldn’t have been more than 20cm x 20cm. But it just had such a great feel to it”.

He said it was great to see local creativity embraced. “I think what we’re seeing is a mix of influences. Taking inspiration from ‘For Lease’ signs in places like New York, and London and Berlin, but then adding a distinctly Sydney feel to it”.

Sydney Government spokesperson John Petrois said the new signs were injecting a new type of buzz into the area. “You don’t even need a licence to put up a sign, and you can put one up whenever you want – even after 10pm if you like. So we’re really encouraging local businesses to try new things,” he said.

Local musician Veronica Carlise said it was an exciting time to be in Kings Cross. “It seems you turn your back for a minute and there’s another great new ‘For Lease’ or ‘Closing Down’ sign that’s popped up somewhere. It’s a word of mouth thing too. I’m off to check out a new sign that my friend told me about last night. It’s been put up at an angle apparently, which is kinda kooky”.

Melbourne man Peter Marsden, however, said the Sydney boom was being overhyped. “Over here when somewhere goes out of business they don’t even put up a ‘For Lease’ sign. It’s more a discovery thing where you work it out for yourself”.