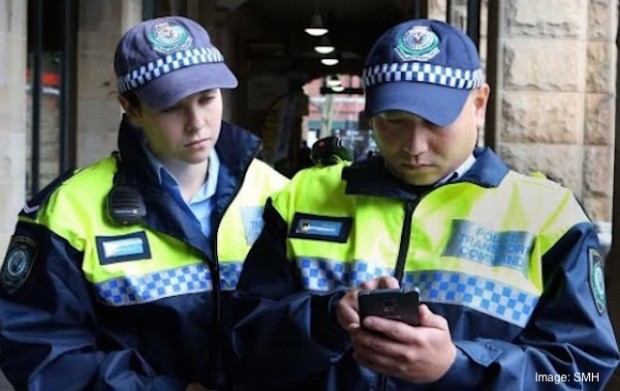 NSW Premier Mike Baird has announced the formation of special taskforce to crack down on the growing number of wines being enjoyed by the glass.

The $150 million project will see up to 100 officers assigned to the special division, which will come into force later this month.

Identifiable by specially-designed burgundy uniforms, the officers will patrol inner-city wine bars, restaurants and bistros with special powers to shut down a glass of wine before it is poured.

Funds will also be used to purchase equipment that can identify wine blackboards, wine lists and glassware.

Announcing the taskforce today, Mr Baird said the investment would lead to much-needed change in Sydney. “How much longer are we going to put up with people sipping on a Cab Sav at 8:45pm before we say ‘enough is enough’?” Mr Baird said.

“We know that wine lists are often designed with the sole purpose of facilitating the sale of wine. Yet to date we’ve done nothing. That’s about to change”.

Mr Baird told a personal story of a friend he knew who had drunk a glass of Shiraz. “It was well past his bedtime, it was a Sunday night I think. And I just thought – what is Sydney coming to? What message are we sending if we just turn our heads when a grown adult drinks a glass wine?

“We talk a lot about the ice epidemic in this city. But we seem to forget that tonight there will be a guy in a bistro in Surry Hills looking at a wine list and saying ‘will I have the Pinot or will I try the organic Grenache?”