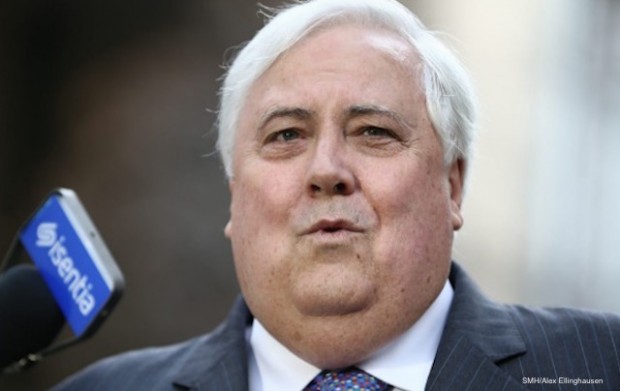 TOWNSVILLE: All is not lost for the former employees of Clive Palmer’s Queensland Nickel, with the announcement today that each of the 237 laid-off workers will be gifted an annual membership with the Palmer United Party.

The nickel refining company entered voluntary administration in January leaving hundreds of employees without work and without any prospect of being paid almost $16 million in entitlements.

But the free PUP membership – normally valued at $20 – will go some way to compensating the former employees, many of whom have young families to support.

Mr Palmer also spoke of his appreciation. “Queensland Nickel contributed $6 million to the Palmer United last year. We want those workers to know just how much we appreciate their support,” he said.

Former refinery worker Tom Butler said he was not sure what to make of the offer. “It won’t put food on the table. But it is good to be part of a growing political force in this country I guess,” he said.

Workers who have been at the company for more than eight years will also receive a free round at the Palmer Coolum resort, valid for six months.